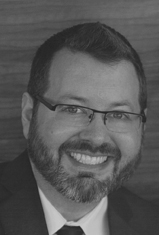 Eric Bouffard graduated from the Academy of Art in San Francisco with a Master’s Degree in Visual Effects, Majoring in Matte Painting. He has a Bachelor’s degree from Massachusetts’s College of Art in Illustration.

Eric joined Dreamworks Animation in 2006. Some of his Credits as a matte painter there include “Over the Hedge”, “Kung Fu Panda”, and “Monsters vs. Aliens.” In 2009 he was promoted to Lead Matte Painter on “Monsters vs. Pumpkins” a Halloween holiday special. Then followed up again as a Lead on “Scared Shrekless” this time working with Dreamwork’s new satellite office in Bangalore, India. Eric worked remotely with team of 7 artists, then journeyed over to India to work side by side with the team for 3 months. He led another holiday special with the India team and went back to India for a follow up stay for one month.

In 2011, Eric was promoted to Matte Painting Supervisor on “Rise of the Guardians” and then followed it up with supervising the highly anticipated “How to Train Your Dragon 2”. These films allowed the matte department to further push the boundaries on it’s digital environment creations. Using a combination of techniques in Maya, Vue, Photoshop and Nuke to create stunning vistas such as Berk Island, North Pole’s palace, the Dragon Oasis, and many more. Their work was nominated in both films for VES awards “Outstanding Environments in an Animated Movie”. In 2015, “How to Train your Dragon 2” won a Golden Globe for Best Animated Movie.

In 2017, Eric joined the Matte Painting/Set Extension team at Walt Disney Animation Studios. He has worked on such films as Ralph Breaks the Internet, Frozen 2, Raya and the Last Dragon, Encanto, various Theme park rides, and shorts. On Frozen 2, he was the matte painting/set extension supervisor of the show.

Eric has taught at many higher education institutions over the years in Matte Painting. It has been a tremendous rewarding experience passing along his knowledge of Animation to the future generation of artists.