I’ve heard of Mixamo for character cycle animations but had not heard of Adobe Fuse. In it you can create your own characters and import cycle animations from Mixamo. Adobe acquired both softwares in 2015. Adobe did further development in Mixamo but not really in Fuse. They have a library of customizations; like looks, clothes, accessories, etc for Fuse. It maybe going away in the next year which was sad to hear. Here is an article mentioning it. It may be removed from download on Sept 2020. 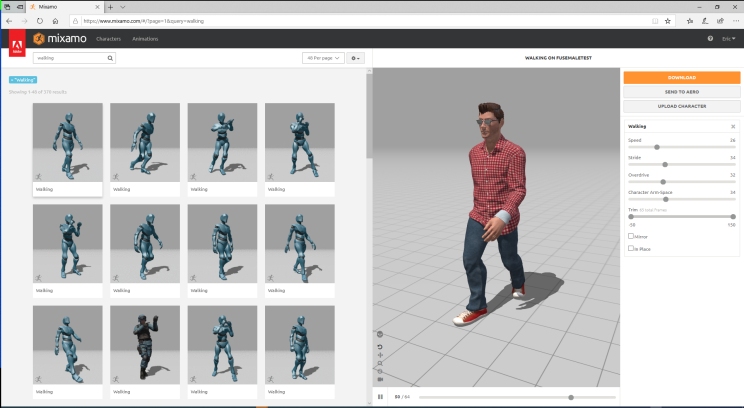 So far you can still utilize it and I’ll make the most of it before it goes away. It is fine for medium to background characters. Once you create a character here you can export it over to Mixamo then to any 3d application. This is great for populating scenes with crowds of different characters. Mixamo is not going anywhere which is great to hear. You import your own characters and use it’s auto rig features to then plug in any cycle animation you want for your character.