Well, we just closed 2016 Oscars and a big tip of the hat to:
Ex Machina for best VFX and Inside Out for best Animated Movie.

These two were both excellent films, and the competition in those categories was fierce.

I was on LinkedIn earlier this week and saw someone post an amazing compilation of the history of best VFX winners.

This was such a joy to watch and see the evolution of groundbreaking special/visual effects. It’s so awe inspiring to see the development through the ages. What once was near impossible to do one year then becomes a standard hollywood effect soon afterwards. The best of all is when the effects are applied to further the story of the movie, and so many of these do just that.

Congratulations to all the winners past, present, and future!

So I wanted to try doing a volcano this time in World Machine and Vue. Just to mess with some shaders and different build parameters in both softwares.

Here is how the build progressed. 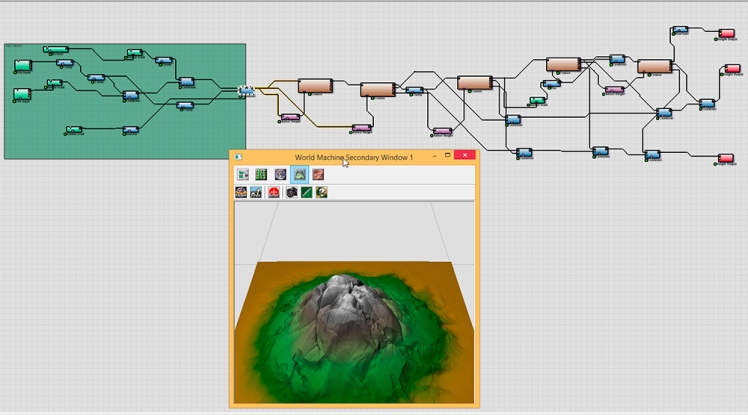 END_OF_DOCUMENT_TOKEN_TO_BE_REPLACED

Now to add some depth to my scene.

You need to edit the terrain’s material, so under object properties, double click the texture.

Change it from Simple to Mixed Material, and the mapping to Object – Parametric. Map a simple color to each material to make it easy to see. The blue will be our flow maps and beige will be terrain. Edit the Distribution of END_OF_DOCUMENT_TOKEN_TO_BE_REPLACED

Well, after about 2 weeks of not knowing what happened to my Cintiq, it just started working again. Just simple unplug, let it sit, and re-plug it.

So, since teaching a Vue class again, I’ve been wanting to mess around with it and World Machine some. Here’s what I’ve got so far.

Here’s the filters I’m running in World Machine to generate a terrain.

Each of these node does a separate operation where I end up with an environment to my liking.

Which later on through many more nodes gets eroded into this.

Which then gets eroded but using Thermal erosion, then Coastal erosion.

This gets outputted as a height field, deposition map, and flow map which I’ll use in Vue.

In Vue, open a Standard Terrain and clear out it’s parameters.

Import the height map as an image file. 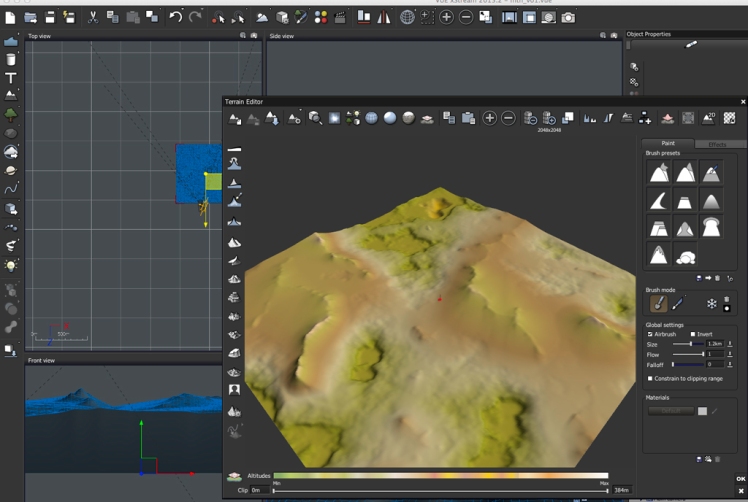 I will work on this terrain in Vue adding materials, better lighting, and details using the flow and deposition maps as masks.
Stay tuned for next weeks update.